Brian Role` has been performing magic in Malta and across the world, on a professional basis, since 1997, however he has been performing magic for family and friends for over 40 years, since the age of 5.  In 1997 Brian performed his first official professional show for children and from there requests for his magic on a professional engagement basis never ceased to grow. In the year 2000 Brian took his magic out of the island of Malta and performed over 35 grand illusion style shows in Mexico. Since then he continues to travel across the world visiting many countries across Europe, Scandinavia, Asia and the Middle East but remains based in Malta giving weekly performances across the islands and also in the popular weekly show, The Chamber of Mysteries.

His magic has been featured several times both on local and on international television. He regularly  continues to give performances for television and appears on various popular programs.  Brian has also been featured on almost each and every of Malta’s local Newspapers several times and has had articles written about the magic he performs in international press such as the Mumbai Times and local Mexican newspapers.

Brian performs many genres of magic, including close up magic, stage illusions, general parlor styled magic and more recently a very specific type of performance that focuses more on the tricks of the mind using the art of suggestion with the skill of psychology to perform mind stunts that appear to be impossible. Brian enjoys performing his art on a stage with many people watching however he also enjoys the intimacy of performing up close for a small number of people at a time.

Magic in Malta and Gozo Over The Years

Over the years, the scene of magic in Malta and Gozo has gone through several different stages, however magic shows for children always remained popular especially for special occasions such as birthdays and Holy Communion celebrations.

The golden years where Cabaret styled performances dominated the touristic scene, were between the 80 and 90s where almost every hotel in Malta featured a magic show in it weekly entertainment program. Brian had not yet hit the scene with is magic during these years. The following decade, between the 90’s and 00’s showed a declining trend of this kind of entertainment in Malta, and Brian had just entertained the scene with his children’s magic show in 1997. Ironically Brian’s first hotels residency were in Spain in 2001. This caught the attention of some hotel entertainment managers and on his return he gain regular weekly residencies in Malta performing a cabaret styled show in two of Malta’s leading hotels. In the meantime Brian also performed several long term engagements abroad, in hotels and cruise ships. By 2007, Brian was performing weekly shows in 5 different hotels in Malta. This scene kept Brian occupied as his main until 2013.  Between 2000 and 2015 people were also seeking stage performances that included grand illusions and Brian did not fail to provide these with stage type performance in 2007 for Notte Bianca, a very popular public event held every year in Malta, three productions in Malta’s national theater in 2009, 2010 and 2011, and the setup of a dinner show in 2011. During the period, that is between 2010 and 2020 close up magic became a popular branch the several people engaged as part of an important entertainment feature during their event.

Another style of magic was made popular during this time as well and that is of an intimate theatrical styled setting show. Brian pioneered this arena with his weekly show The Chamber of Mysteries that has gained several awards and recognition as well as a Merlin Award for the best magic dinner show in 2017. Like close up magic and children’s magic, the show is still running and popular till this day.

We are now entering the next 10 years of magic and due to Covid-19, 2020 is being a good year for any sort of entertainment, especially magic since this art form is appreciated most when performed in front of a live audience. Obviously The Chamber of Mysteries has had to be paused temporarily until it safe again to resume performances in the unique intimate theater of magic in Malta.

However the situation is bringing out magic to a wider audience on a different medium, that being social media. If this will last beyond the Covid-19 saga is yet to be seen however seasoned professionals together with a younger generation of upcoming magicians are using this medium to reach out to people with their performance of magic in Malta to other people across the world. However like everything else, this platform has it’s advantages and disadvantages. The pros and cons can be measured against each other.

Pro – A Wider Audience | Con – Having to Maintain And Grow The Audience
Pro – Many Effects Available | Con- Always Having to Purchase New Content
Pro – Always Performing Something New | Con – Never Being Abel to Perfect Many Of The Effects Performed
Pro – Can Do It From Home | Con – Not Being Able To Borrow Things
Pro – Can Perform Effects You Cannot Perform Live | Con – Cannot Perform Effects Where A Volunteer Is Required To Assist
Pro – You Can Record Yourself Easy | Others Can Record You
Pro – Your Content Remains Online For More People To Watch | Con – Some Content May Remain Online Even If You Do Not Want it There.
Pro – Can Provide An Online Audience With Unique Entertainment | Your Content May Be Copied Or Sold Without Your Permission

If you have read the above, you can imagine the great deal of magic that Brian has accumulated throughout the years. Since each new item Brian does get to perform takes months of practice and performance in front of a live audience, it is impossible to add to his shows each and every item he purchases. Most of these purchases have been left stored, new as day the day they were purchased, always with the intention to perform but not always with the time required to perfect them and deem them fit for an audience, which brings us to the scope of this website. About Rolemagic – Over 20 Years Of Gathering Magic

The magic listed in this website are all things that Brian either purchased but either never had the chance to practice, perfect and include it in any of his performances, items that do not suite his style of performance, items that are collectible and he things they deserve to be with someone who may appreciate and preserve them better than he  and other miscellaneous items he may have used before but no longer uses.

here is a whole array of items of various genres of the art and many more will be added on a regular basis. If you wish to ask any questions about any of the items on this website please get in touch with Brian by contacting us here.

You may read more about Brian Role here. 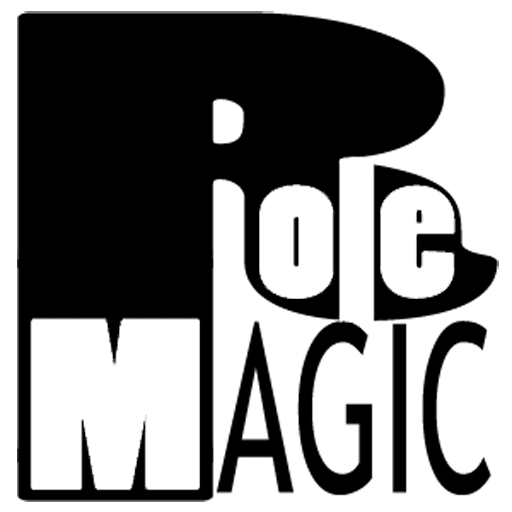 COVID-19 NOTICE - Delivery times may be affected due to shipping delays in countries most affected.